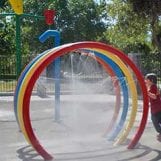 Gov. Jerry Brown recently announced a revised game plan for dealing with California’s drought and is moving to give communities more of a say in deciding how much water

In Case You Missed Out………   Over 80 American Society of Landscape Architect members, friends and colleagues spent Saturday April 16 on a tour of Tongva Park in Santa Monica.  Seeing 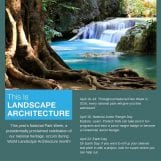 California Waters is In the News! 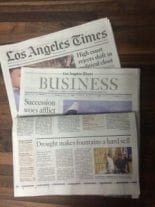 …Check us out in the LA Times! An article covering water features, fountains and the effect of the drought including information and quotes from California Waters was on the first

Caring about our lakes is more important than ever in California. Let’s raise awareness and celebrate the state’s over 1500 managed reservoirs plus thousands more lakes. You can be

In the March issue of Pool & Spa News, California Waters president Jeffrey Barman offers some advice and information on how to maintain a commercial splash pad. Click here 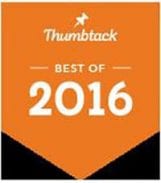 Thumbtack, an online review site that makes introductions between customers and service professionals announced today that California Waters has been named a Best of 2016 award winner for excellent

For Immediate Release: Yorba Linda, California – February 22, 2016 California Waters has named industry veteran Joseph Stephens as the Sales Manager of its Commercial Aquatic Division. With over