Known simply as “Charybdis”, this mesmerizing water feature was created by the water sculptor William Pye for the luxury Seaham Hotel and Spa, near Sunderland in Northern England in 2000. Mentioned in Homer’s Odyssey, Charybdis is the name of a siren who was hit by a thunderbolt from Zeus that transformed her into a whirlpool as harsh punishment for stealing an oxen from Hercules. Pye later built similar sculptures influenced by the story in Oman and Campinas, Brazil. (Source: boredpanda.com, atlasobscura) 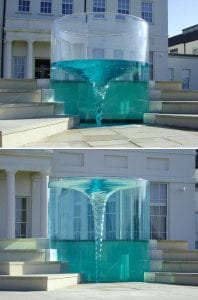 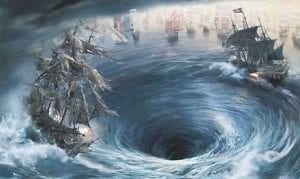